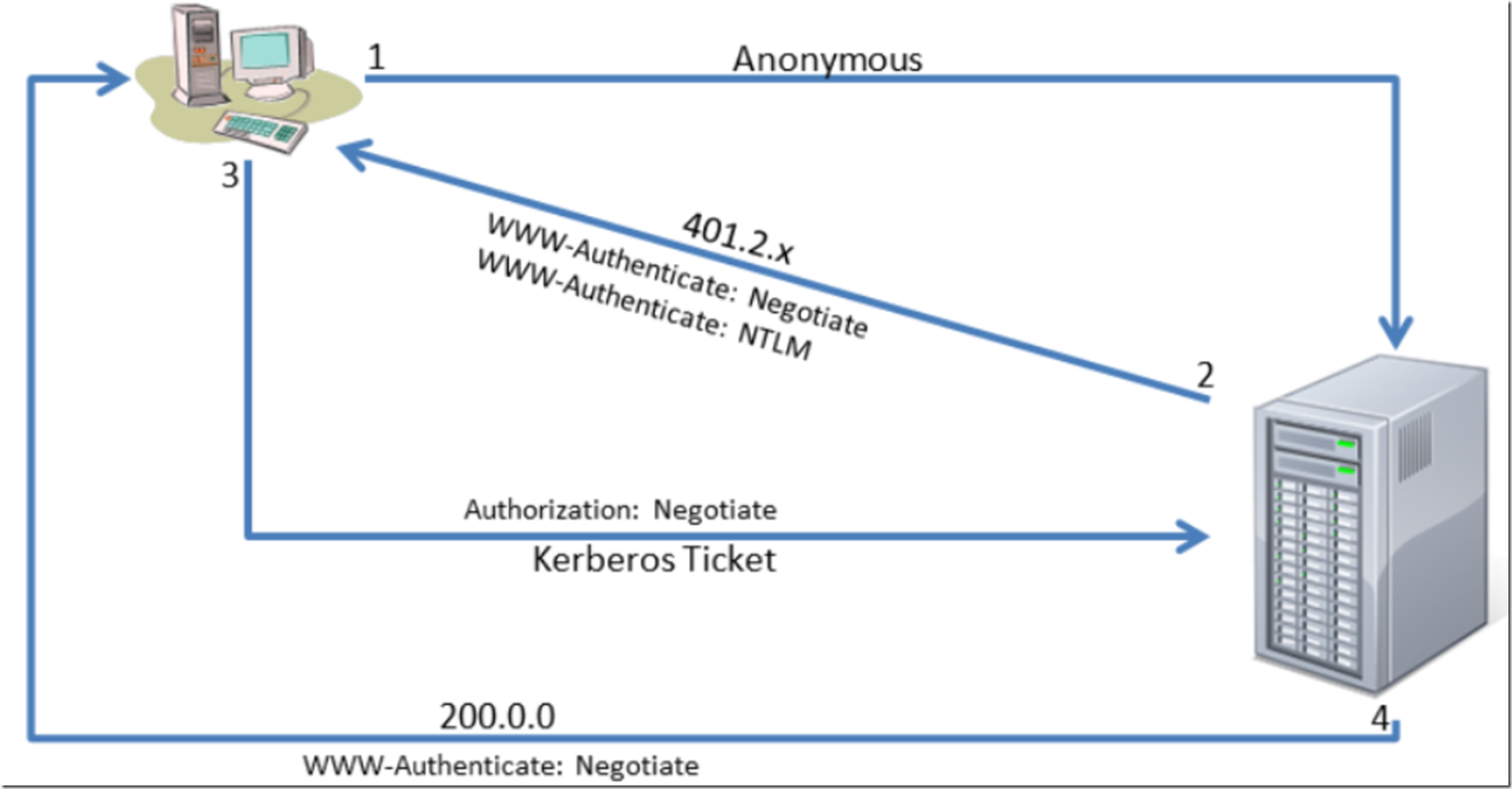 To view the request and response headers of a web request you can use a tool named Fiddler. The following image is a textual representation of the first image in this post. Using Fiddler you see that a browser request is made, a 401.2.x server response is returned containing the supported/configured authentication providers (Negotiate and NTLM). A request from the browser containing the Kerberos token is sent to the server which returns the requested content along with a 200 OK status. 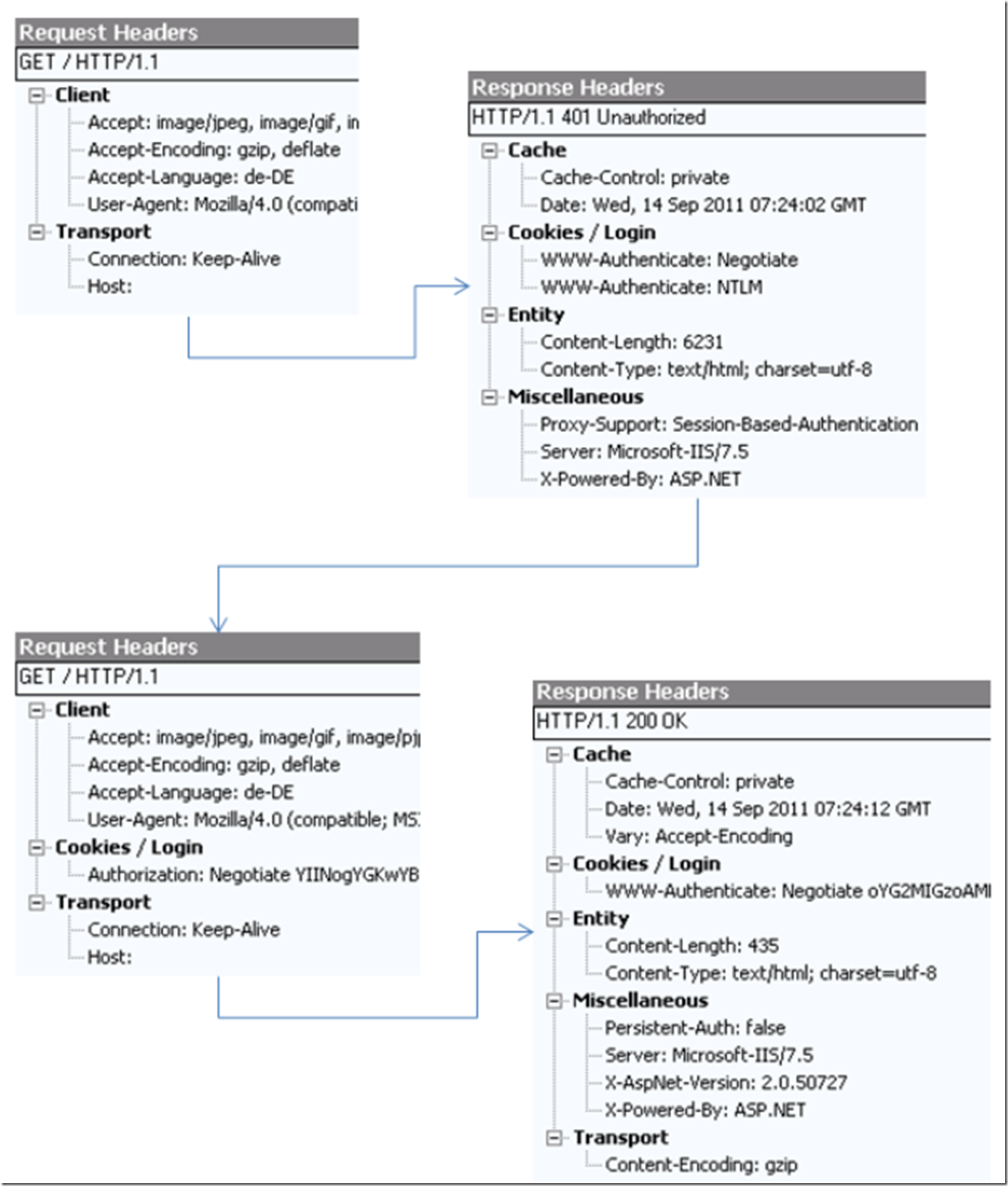 Here is a very good article covering how to troubleshoot Kerberos issues.